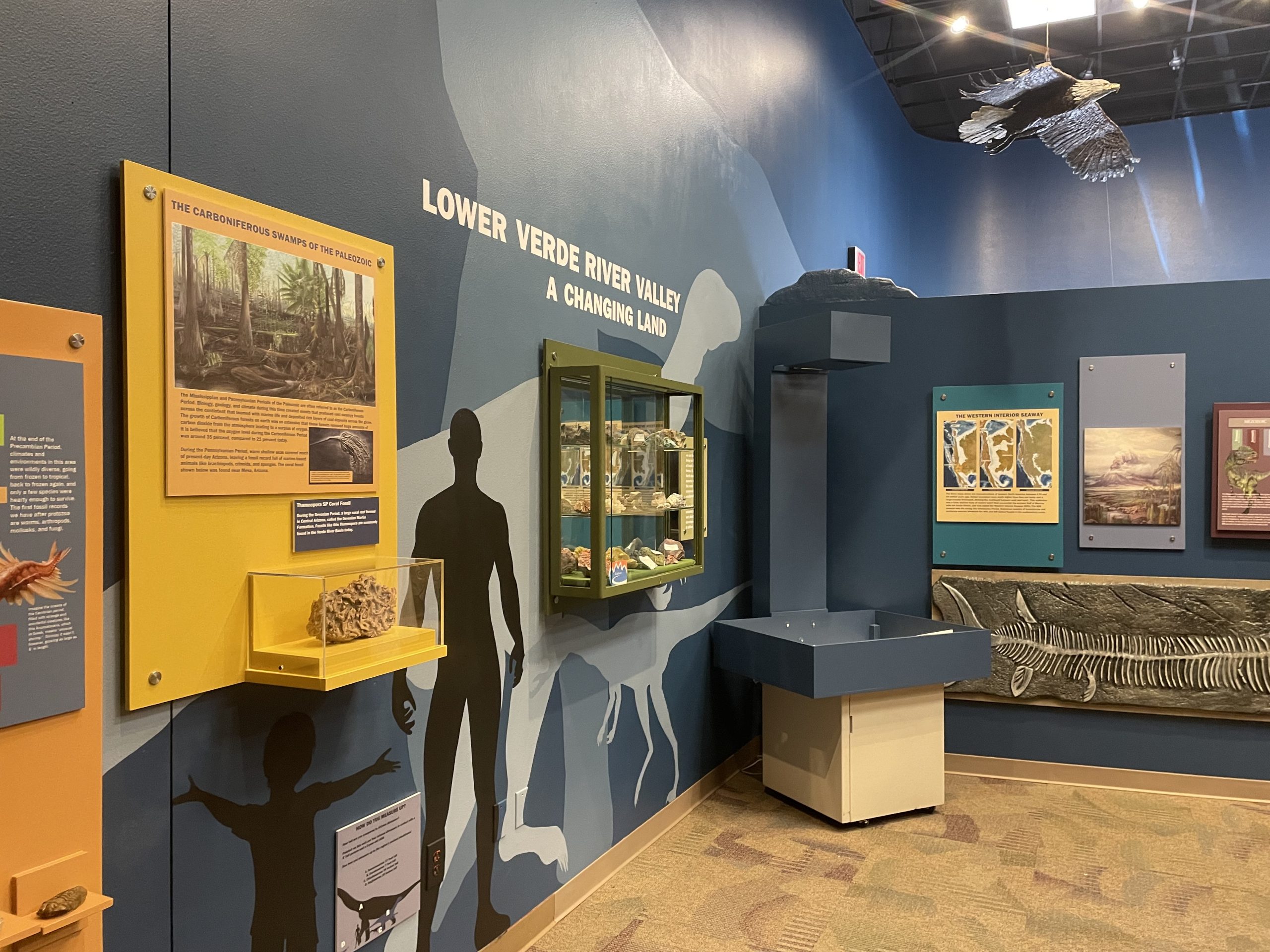 Sonorasaur Invades the River of Time

Who knew that Arizona had a state dinosaur? In 2018, a previously unknown brachiosaurid sauropod, the Sonorasaur was officially named the states dinosaur. The L. Alan Cruikshank River of Time Museum has incorporated an almost life size drawing of this middle cretaceous dweller on one wall of the newly renovated exhibit depicting ancient plants and animals of the Lower Verde River Valley.

Because of the sheer size of this enormous creature, getting as tall as 27 feet and up to 49 feet long, it actually extends the whole length of the east wall of the gallery. It’s believed that the creatures sized allowed for grazing the vegetation in the treetops, an area other animals were unable to reach.

The concept of treetops in the desert is hard for those of us experiencing 100+ degree summers to grasp, but at the time the climate and topography was vastly different than it is now and looked more like a forest than a desert.

Richard Thompson and Gordon Nelson discovered the fossils of this newly identified dinosaur in 1994 in the Whestone Mountains northeast of Sonoita while looking for petrified wood. This particular dinosaur was probably young and not fully grown. Although not all of its bones were recovered, those that were unearthed are in the collections at the Arizona Desert Museum.

Visitors will have an opportunity to meet the museum’s Sonorasaur and explore more interesting facts once the River of Time reopens on October23, 2021.